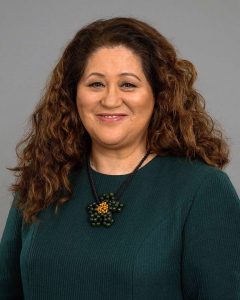 Dame Cindy Kiro is the first Māori woman to be named to the largely ceremonial role in New Zealand’s parliament on Thursday, Oct. 21.

According to a story from Reuters, Kiro has pledged to reach out to migrants and marginalized citizens.

Māori comprise about 17 percent of New Zealand’s population, but many are socially and economically disadvantaged. In 2019, thousands of Māori protested in the streets for social justice and land rights.

Kiro has served in New Zealand public health academics as both an administrator and advocate. Before becoming Governor-General, Kiro was Ahorangi Chief Executive of the Royal Society Te Apārangi and was previously the Children’s Commissioner, Head of School of the School of Public Health at Massey University, head of Te Kura Māori at Victoria University of Wellington and Pro-Vice Chancellor (Māori) of the University of Auckland.